Being gay in Dubai

To be honest, Dubai wasn’t on my list of places to go. I’d heard it was expensive and being gay is illegal. But when a job offer came through, I felt it was too big an opportunity to miss. If I’m being paid to live somewhere else in the world, my bags are packed.

I wasn’t planning on having a car initially, but my boss suggested it. This turned out to be the best decision. Dubai isn’t designed for walking or public transport, which feels odd if you’re from a city like London. I learned this the hard way. On my first weekend there I drove to Mall of Emirates with the plan of walking to the nearest beach afterwards, which is less than 2km away. I crossed over the road through the access to Dubai Metro and started out on a path next to the road. But the path disappeared and I ended up walking alongside Sheikh Zayed Road (basically a motorway with seven lanes in each direction). I gave up and drove to the beach and didn’t walk anywhere after that.

As a tourist, do you need a car? probably not. There’s Uber and local taxis are cheap. If you do hire a car, driving in Dubai is an interesting experience, the road system is complicated, and drivers have little to no regard to other road users. Waze is your friend.

I never used the Metro while I was working in Dubai, but I’ve been back since and used it as a tourist. It’s all got air con, even the station platforms.

There are two main shopping malls – Mall of Emirates and The Dubai Mall, and both have Metro stops. I prefer Mall of Emirates. It was easier to navigate and there’s a ski slope with a viewing window. I found The Dubai Mall (the second largest in the world) too big. It’s worth a visit though. There’s a massive aquarium you can view without actually having to go in, and just outside there’s The Dubai Fountain which does shows every evening. While you’re at the mall it might be worth taking a trip up the Burj Kalhifa, the tallest building in the world (at the time of writing).

There’s plenty of good eating and drinking to be done in Dubai. It’s worth noting that you can’t get an alcoholic drink in a restaurant unless that restaurant is attached to a hotel and has a licence (same for pork products). You also can’t buy alcohol from a shop unless you have a licence, which you can’t get as a tourist because it takes at least one month to be approved by the police. Dubai loves its red tape. You can be arrested for being too drunk and are not allowed to drive if you’ve had any alcohol, so be careful.

You can get all your favourite chains like Nandos, Subway, Pizza Express, The Cheesecake Factory and Starbucks in the malls but these were some of my favourite places to eat and drink:

Every Friday, it’s tradition for expats in Dubai to go for a bottomless brunch, which I only did once while I was there. It was messy. I spent the whole day in the same building. Brunch in a restaurant, drinks in the bar upstairs, dinner in another restaurant, back to the bar.

Entertainment. There are cinemas that show movies either in English with Arabic subtitles, or vice versa. There are also a few theatres: Dubai Opera House and Dubai World Trade Centre often have big musicals, circus shows and plays. Al Habtoor City, a hotel complex just south of Business Bay, has a purpose-built theatre where they show a resident circus and water show called La Perle. They also have have ski diving, which I didn’t do but looks like fun. And, there are two waterparks, Wild Wadi and Atlantis Aquaventure.

Although being gay in Dubai is illegal, I didn’t feel unsafe or like I was going to be hunted down and thrown in jail. Apps like Grindr, Scruff and Tinder work and I went on a few dates. You just have to be careful not to show physical or emotional intimacy in public. It’s worth pointing out that this is also the case for straight couples. If you’re not married, you shouldn’t be doing anything. I think hotels tend to turn a blind eye.

When I lived in Dubai I stayed in a place called IMPZ (International Media Production Zone). It sounds like it might be quite an interesting place to stay. It wasn’t. Whilst I can’t recommend any specific hotels, I can recommend locations. Dubai Marina, Business Bay or The Palm are good places to start.

Because of the strict laws and punishments in Dubai, there’s very little crime. You can leave your bag on show in your car and it will still be there when you get back. I did get a bit complacent; I left my phone on an outside table of a restaurant for ten minutes and it was still there when I went back to get it. I can’t think of anywhere else that might happen.

I personally quite like Dubai. I like shopping, eating and sunbathing but I can see why it’s not everyone’s cup of tea. Ultimately, would I go back? Yes. And I did.

Tips for before you go:

Ben says...
"Afternoon tea in the world's tallest skyscraper, helicopter flights over the city, chilled days in cool beach bars and lots of gold and bling, everywhere, to show off the wealth. Dubai is larger than life. We can book Dubai, but we can also tell you about more gay-friendly alternatives to tick off the desert, theme park and skyscraper wish list."

Hugh says...
"We can book a luxurious Dubai holiday for everyone, either a long city stay or as a short stopover twinned with a destination such as Mauritius. If you are part of the LGBTQ+ community, you need to tread with caution, as being gay is illegal in Dubai. We're here to offer the best travel advice, so give us a call to talk it through."

Gay Dubai - what are the laws?
Homosexuality is illegal with a possible prison term of between 1-14 years and a fine.

Can gay couples visit Dubai?
Gay couples can visit Dubai, but homosexuality is illegal so you should avoid public displays of affection. You can be sent to prison and/or get a fine, so this is by no means a gay-friendly destination, but can be explored if you are travel savvy and understand the laws and behaviour expected (back in the closet you go).

Are there any gay hotels in Dubai?
Being gay is illegal in Dubai, so there are no openly gay-friendly hotels. Larger international hotels are used to foreign travellers and we do have a few recommendations so, if you do decide you want to visit the city, we can offer you some great tips and advice to help avoid any pitfalls when booking a room. 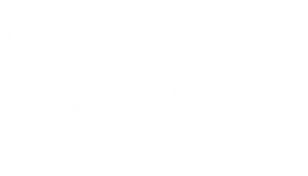