When to visit New York

When is the best time to visit New York? What will the weather be like and are there any big events on during the month you want to go? We love NYC, from the art galleries and Broadway shows to spectacular events such as Pride. Here is our run-down of when to go and what to do when you get there.

Due to COVID-19, some events may have been put on hold or scheduled for an alternative date in 2021. Please check before you travel.

When is the best time to visit New York?

January is one of our favourite times to visit New York. Christmas in the Big Apple is magical, but busy, and crowds flock to Times Square to watch the world-famous Ball Drop on New Year’s Eve. But if you want to experience the city at a quieter time of year, January is your best bet. Expect shorter queues at museums and galleries and 2-for-1 discounts on Broadway shows. January is also a more affordable time to visit, with some of the city’s most sought-after restaurants offering top deals during NYC Restaurant Week at the end of the month.

In February, temperatures in the city can drop to a frosty -2 on average. It’s New York’s snowiest time of year, with cool winds adding an extra layer of chill, but don’t let that put you off. New York in February can be incredibly romantic. You could spend Valentine’s Day browsing the works of LGBTQ+ artists in a Manhattan gallery or shopping on Fifth Avenue, then snuggling up in a cosy SoHo diner before a night of bar-hopping. If you’re a dog lover, don’t miss the Westminster Dog Show. It comes to New York every February, so grab your tickets to see who wins ‘best in show’ at Madison Square Garden.

Time your stay around the 17th March to enjoy St. Patrick’s Day in the city. New York goes all out for this celebration of Irish culture, with the annual St. Patrick's Day Parade kicking things off. Locals flock to the streets of Fifth Avenue waving flags in their all-green ensembles, while traditional folk music spills out of Irish pubs and bars. It’s an unforgettable experience, but be prepared for street closures and crowds. In March, the weather in New York can be unpredictable as spring edges closer, so rain gear and warm layers are a good idea when deciding what to pack for your trip.

Ben says...
"Spring is a great time to visit. The weather starts to warm up and there are fewer crowds than in summer. A highlight is the St. Patrick's Day parade, which runs along 5th Avenue from 44th street to 79th street - then into the nearest Irish pub for a drink."

New York loves a parade, and its Easter procession is one of a kind. Head to Fifth Avenue on Easter Sunday and you’ll be met by a sea of pastel yellows, pinks and blues as New Yorkers don their flamboyant handmade bonnets. It’s great fun. The Macy's Flower Show also takes place in April, so step inside this grand department store and marvel at its spectacular gardens and floral displays. The show has been going for over 70 years. Venture outside for another picturesque spring event, the stunning Orchid Show at New York Botanical Garden.

New York in May

The weather in New York is at its best in May. Winter’s freezing temperatures have melted away and summer’s soaring heat is yet to creep in, so it’s a fab time to visit. On the 5th, people from all over the city get together to celebrate Mexican festival, Cinco De Mayo. There’s a Margarita March, tequila bar crawls, yacht parties and more. Later in the month, the pace slows for Shakespeare in the Park. From the end of May to mid-August, you can watch performances of plays such as Romeo and Juliet, Much Ado About Nothing and Hamlet under the stars at Central Park. It’s become a favourite New York City tradition.

Now for the biggie: NYC Pride. New York’s bold and beautiful Pride march takes place at the end of June every year to celebrate the LGBTQ+ community. Pride Parade, as it’s known locally, travels down Fifth Avenue and through the streets of the city’s bohemian capital, Greenwich Village – passing The Stonewall Inn. This legendary gay bar is where 1969’s famous Stonewall Riots took place. But it’s not all about the march. You can learn about the history of New York’s gay rights movement on a Pride tour, catch concerts at PrideFest and dance into the early hours at epic live music party, Pride Island.

July is typically the hottest month of the year, so tourists tend to avoid it. But if you can handle the heat, New York in July is great. Wake early for sightseeing in the mornings, then spend relaxing afternoons picnicking and people watching in Central Park. The Fourth of July fireworks are a must. New York takes its Independence Day celebrations to the next level, with extravagant pyrotechnic displays that light up the city skyline. Watch Macy’s 25-minute show from Brooklyn Bridge Park or book an intimate dinner cruise to see it from the water.

Hugh says...
"Summer is our favourite season to visit New York. The weather is hot hot hot, so sightseeing can be combined with drinks in roof-top bars, picnics in Central Park or seeing a show in a nicely air-conditioned Broadway theatre."

Summertime in the city was made for lazy days on Coney Island beaches, devouring tubs of soft serve from Big Gay Ice Cream, and cosying up with a cocktail at rooftop bars and cinemas. Over three Saturdays in August, NYC hosts its free Summer Streets festival, where the main roads between Brooklyn Bridge and Central Park are closed for the morning, encouraging people to explore the city on foot or by bike. Remember, New York can feel very hot and humid in August, so pack light, wear sun cream and always carry water with you.

Catch the last of those hazy summer days with a holiday to New York in September. The weather starts to cool at this time of year, but you can still squeeze in a few days by the sea. Try Rockaway Beach or Jacob Riis Beach for its Labour Day karaoke parties, or jump on the ferry to Governors Island. Here, you can hike up Outlook Hill for knockout views of the Statue of Liberty, pick up beers and bratwurst at a street food truck for lunch, and climb into one of the island’s 50 hammocks for a quiet afternoon doze or read. Back on the mainland, take some time to visit the 9/11 Memorial and Museum, later watching the city’s poignant Tribute in Light art installation in remembrance of the September 11 attacks.

Hugh says...
"Autumn walks in Central Park are stunning, so escape the buzz of the city to see the changes in the colours of the trees. This is also a great time to visit museums and exhibitions before a night out in one of NYC's amazing restaurants."

New York in autumn, or fall, is a real spectacle. Wander over to Central Park and marvel at its age-old maple trees, their leaves turning red and gold to mark the start of a new season. October is New York’s driest month, and the temperature is mild, which makes it ideal sightseeing weather. There are loads of events on, too, such as the New York City Wine and Food Festival, Comic Con, Columbus Day and the Village Halloween Parade. The USA takes Halloween very seriously, and this night-time parade has been going for almost 50 years. Around two million spectators watch and about 50,000 people take part, marching through the streets of Manhattan in their creative and quirky costumes.

Embrace the American tradition of Thanksgiving, held on the fourth Thursday of November every year. This national holiday symbolises peace, gratitude and the start of the festive season. In New York, the celebration begins with Macy’s historic Thanksgiving Day Parade, dating back to 1924, before a big family feast of roast turkey and all the trimmings. If you’d like to see what all the fuss is about, board a Thanksgiving dinner cruise and gaze up at New York’s glittering skyline as you tuck into a slice of pumpkin pie, or book a table at one of the city’s incredible Michelin-starred restaurants.

Ben says...
"In winter, New York can be very cold. Winter really bites in this city so wrap up warm. Christmas is a very special time in New York, so book ice skating under the tree at the Rockefeller Center or do some shopping on 5th Avenue. It's a great city to do a weekend shopping break."

Christmas in New York is like stepping inside a fairy-tale. Coloured lights decorate every window, the smell of roasted chestnuts billows out of street-side food carts and then there’s the fabled Rockefeller Center Christmas Tree. You can see why it’s so popular. There’s so much to do, from ice skating in Central Park to Christmas markets and movie tours. Stay for NYE in New York and glam up for the party in Times Square or hop between the gay bars and clubs of Chelsea, Hell’s Kitchen or the West Village. 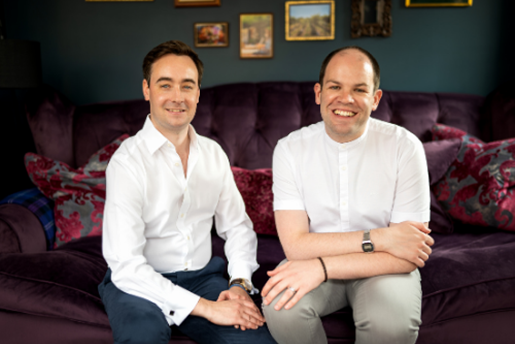